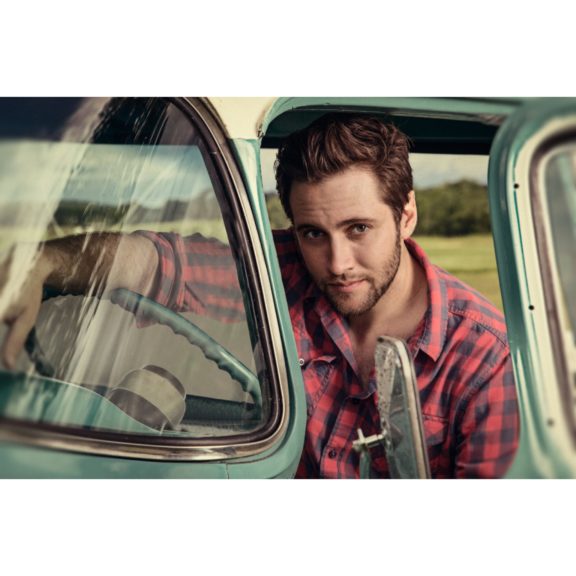 Kenton Bryant is one of the next generation of rising country talent in Nashville. His musical journey started taking root in his hometown of Glasgow Kentucky where he was raised. He is currently signed with 50 Egg Music/Big Machine Music. Kenton lives in Nashville, where the 27 year old is working on music for a debut release. Mr Bryant was kind enough to answer a few questions I had about his background, the music that has shaped him, and what continues to help develop his sound. 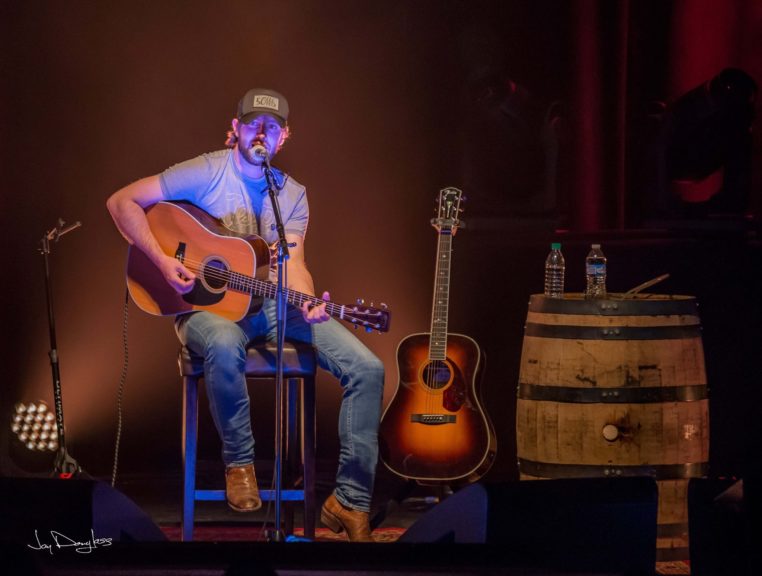 Kenton, thank you so much for taking some time to answer some questions we have. Let’s start with your initial quest to Nashville. Can you give us a little detail on how/when you got to Nashville?

I was in my third year of college at Western Kentucky University, and playing 3-4 nights a week at the local bars. I was writing songs and taking meetings with Clay Bradley at BMI. Clay talked me into moving to town, so I quit school on a whim, and moved to Nashville! I didn’t have any cash, so I sold a 1963 Fender Bassman amp to fund my moving expenses and first month’s rent. Hated getting rid of that amp, but it got me down here. I guess you would call that sacrifice #1! Ha!

So can you describe your sound for those that may not have heard you yet?

I’m a guitar player, so the production is pretty guitar driven inherently. I like to think I take little pieces from my favorite artists and make it my own. I’m a huge fan of guys like Gary Allan, Keith Urban, Eric Church, Jonathan Singleton, and the band Jet.

Honestly, underneath all the production I am driven to create music that is a great damn country song at it’s core!

Give us a few of the artists and songwriters that have really influenced you on your musical journey.

Jonathan Singleton, Eric Church, The Beatles (individually&collectively), Don Henley, Jackson Browne, Bob Mcdill, Travis Meadows, Jeremy Spillman… gah the list goes on. I feel like every person I write with inspires me! I feel bad not putting all those names down!
I’m also a huge fan of other genres. I feel like it helps to fill the creativity well. I often listen to artists like Miguel, Kings Of Leon, Maroon 5, MONA, Childish Gambino, Kendrick Lamar, and Mastodon. 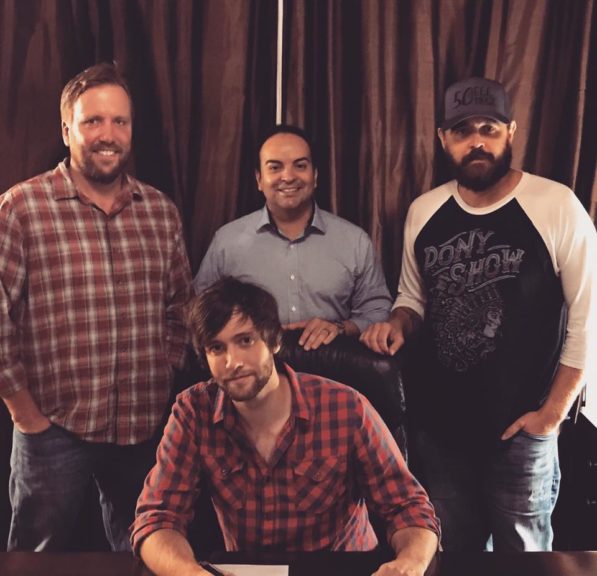 Tell us about your relationship with Jonathan Singleton. How did you guys meet initially and how has he helped you with your songwriting?

The first day I moved to town I talked my roommate into going to The Listening Room. Some dude was up there playing a bunch of hits like, “Watching Airplanes”, “Don’t”, “Guy Walks Into A Bar” and others. It was Jonathan! I told my roommate,
“I’m going to write with that dude someday.”

Fast forward 3 and a half years later I’m driving home from a write and my phone rings. I picked it up and I hear,
“Hey dude! This is Jonathan Singleton!”

Not gonna lie, I might’ve put the phone on mute and let out one of my favorite four-letter words.

He told me he had ended up with a demo or two of mine and liked it. We ended up lining up a date to write and hit it off after that.

A handful of songs and 10 months later Jonathan offered me a co-venture publishing deal with his company 50 Egg Music (Jonathan, Luke Combs, and myself), and Big Machine Music. It’s been a complete blessing. 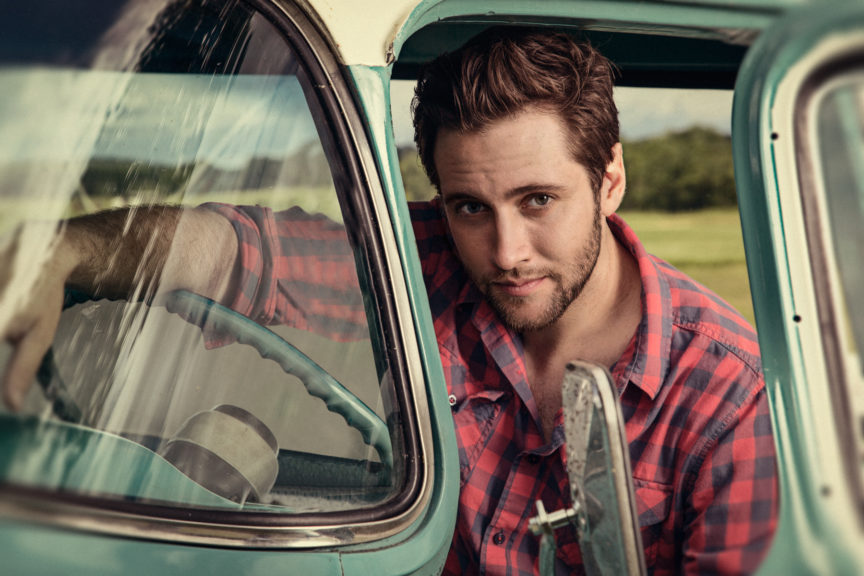 Speaking of songwriters who are your core group that you write with?

It’s been a bit of a revolving group since I signed my deal, but Jonathan, Jeff Hyde, Ray Fulcher, Jeremy Spillman, Erik Dylan, Michael Heeney, Shane Minor, and Scooter Carusoe are some of the regular guys I try to keep on the Calendar as much as possible.

When can we expect your next project to be released? Do you think you will start with an EP for us or go straight to a full album?

We have been kicking around some ideas.. I guess the best thing to do is follow me on social media and I’ll be sure to let everyone know when the time is right!

I know I see your name on cards like Whiskey Jam and Revival 615 frequently. Tell those not in the know a little bit about those weekly events and what they mean to you.

Man, those are the best places in Nashville to see the real talent in town. They are the best events in town because real songwriters and artists run them.
To me, they are the place to try new material. The crowds are always super receptive and genuinely interested in what you’re playing. That’s rare to find!

Recently you just played some huge shows with Kip Moore, Randy Rogers Band and Wade Bowen. Tell us about that experience. What kind of things do you pick up from being out with guys like that? 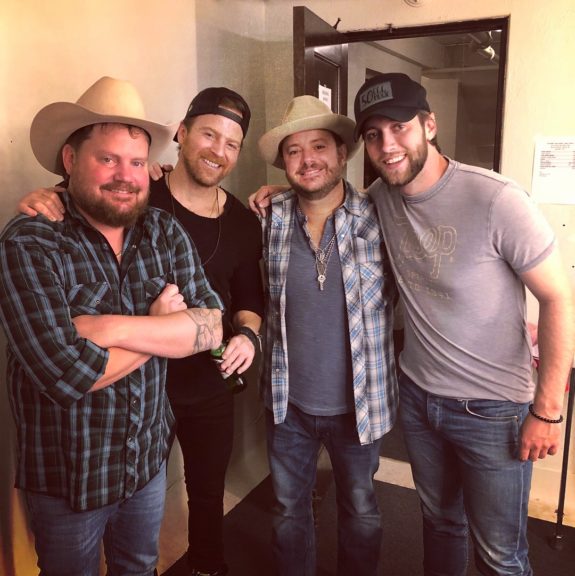 It was the coolest run of shows I’ve ever done. Kip, Randy, and Wade are unbelievably great guys. I seriously cannot say enough about the hospitality they and their crews showed me.

Randy and I got set up to write a few months ago and after the second write he asked me to open that run of shows! Of course I said yes!!

It blew me away being able to play a 35 minute set to 2,000 people hanging on your every word. It’s seriously something I’ve dreamed about doing all my life.
Randy had me up to sing one of our songs too! It was amazing hearing something I created get that kind of response.

Again, a huge thanks to Kip, Randy, and Wade for that experience.

Give us 3-5 albums that through your life have just hit you musically and stayed relevant for you today. What qualities do you think those albums all share?

John Mayer- Continuum
It’s the standard for which modern albums are created. I still am in awe over that record.

Eric Church-Chief
This record is on repeat weekly, and probably always will be. It’s top-shelf songwriting and production. “Homeboy”…that’s all I gotta say

The Beatles- Revolver (in Mono on vinyl)
It’s my favorite record in my collection. “Eleanor Rigby” gives me chills, “Here, There, and Everywhere” is one of the most beautiful songs ever written, “For No One” is two minutes of perfection, and I love the way “Got To Get You Into My Life” rocks your face off. Paul’s vocal ad-lib on the end of that is what everyone should want to sound like!

Jonny Lang- Wander This World
I grew up wanting to be Jonny, until I realized he’s just too damn good.

Elton John- Honky Chateau
“Mellow” is the love song I always try to write. “Rocket Man” is one of those timeless songs that never get old. “Mona Lisa & Mad Hatters” is the kind of song that the melody knocks you out first time through, and you’re listening a few more times to really grasp the greatness Bernie Taupin put into words.

It all comes down to those albums being packed full of GREAT songs. They all have that thing that makes you feel something!

A big thank you to Kenton for the interview. Check him out and social media and make sure to keep up to date on his music in anticipation of songs being released! Until then here are a few YouTube clips of him doing his thing.