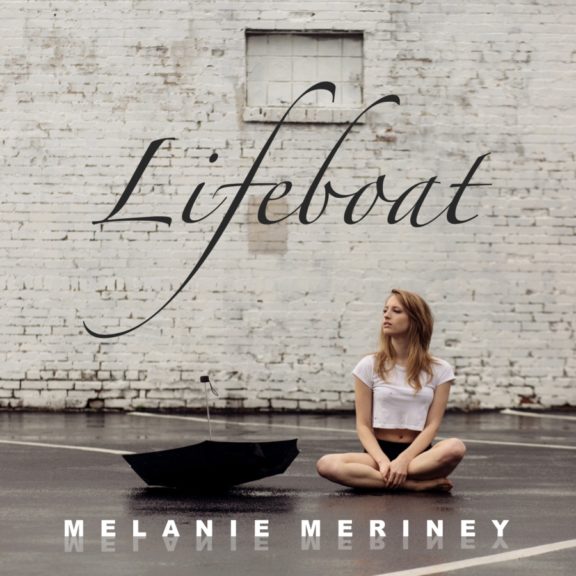 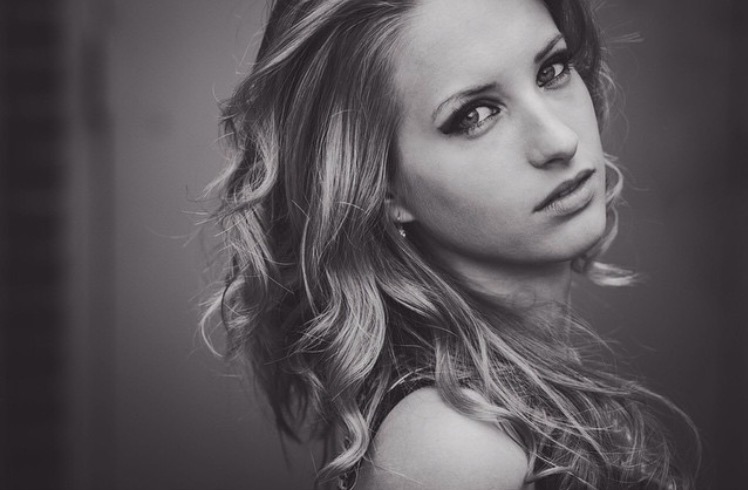 Melanie Meriney, an up and coming Nashville recording artist with roots in Pittsburgh, released Up In Lights her second EP in May 2017. The release of her most recent single Lifeboat caught my attention and it’s a good representation of her musical style. What really draws me to Melanie’s music is her songwriting and truthful gritty lyrics. This EP shows her growth as a songstress and as a woman. I recently had the pleasure of talking to Melanie about her music, her life, and some of the activities she really gets into. Here’s what she had to say:

– What is your favorite track off your new EP and why?  I feel like it changes a bunch, but probably “Drama” right now.  I think it’s different and pop-influenced while still having that very real lyric.  I originally wrote the song with Michael Funk as a pitch, not for myself.  I think we had a male singer in mind, but when I started playing it around town, I got multiple girls that would come up to me after the gig and say that it described their ex or significant other to a T, and they’d ask where they could find the track for it.  As it was personal to me too, I decided I could pull it off as a female singer and put it on the album.  I’ve had a lot of great reaction to it, especially because the hook gets stuck in your head.

– When did you know you wanted to pursue music as a career? What led you down that path? I’ve wanted to do music as a career as early as third grade.  I went to my first concert in Pittsburgh, a Shania Twain concert, and fell in love with her songs, voice, and stage presence.  It was the first time I realized you could pursue singing as a vocation.  I signed up for voice lessons and began playing the guitar around 7th grade.  Nashville was always in my sights, it was just a matter of which college in the area I would attend.  I ended up going to Belmont University as a double songwriting and English major. 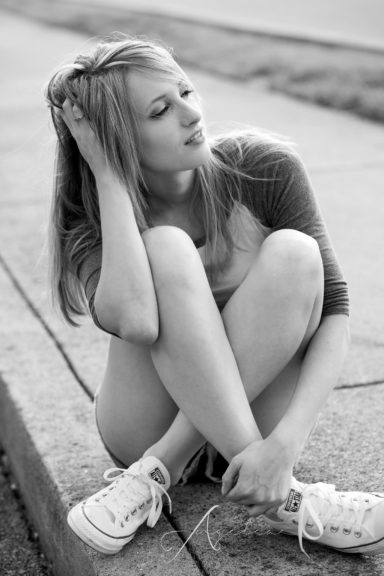 – Throw out your top 3 influences musically from any genre and tell us why those artists influence you so much.  Shania Twain, of course, for her unique voice and incredible ability to shine in any genre arena, whether it be pop, country, or “world”.  She inspired my initial love of music.  Fleetwood Mac is special to me because my dad introduced me to them.  I remember singing “Landslide” at my 5th grade graduation.  I love that their rock sound is crossover and appeals to a wide audience.  Taylor Swift influenced me a little bit later since she first started gaining steam over my last two years of high school.  I think she’s a genius in having the ability to write a hook that everybody wants to sing to as well as being relatable to her fans.  She also did so many things right in a business sense that I hope to learn from and apply to my own career.

– Growing up in Pittsburgh  (as I did as well)  what shows did you attend locally and what venues did you enjoy attending shows at? Growing up, I actually went to quite a few of my friends’ metal shows, which was a lot of fun.  We would go to these really divey venues and see them play, although a lot of the names are escaping me.  Saw a few at Saddle Ridge in Station Square.  I also saw a couple shows at Mr. Smalls’ theatre in Millvale and actually got to work a little bit with Liz Berlin of Rusted Root who owns that venue.  Going back after moving away, I’ve discovered even more places.  I played Pittsburgh Winery the last time I was home.

– When you are picking a single from your latest project how does that go? Are there certain people you help lean on to make that call and if so who? Yes!  I talked with my manager and radio rep when choosing the single because I trust their knowledge of the market and radio world– I’m still learning as I go!  We chose “Lifeboat” because it was commercial country and pushed some boundaries while still being a solid first single that was widely appealing. 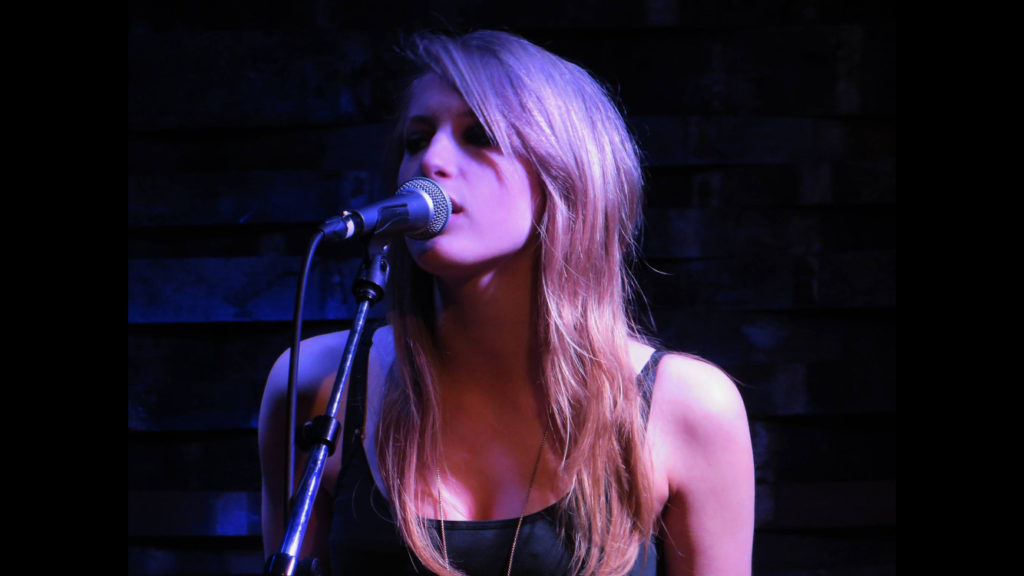 – Who are the people that you write with the most and how did you meet them? I have a core group of best friends that I write with the most and we met all kinds of ways– a lot of them either out around town or through mutual friends.  My publishing company set me up with a few writers that ended up becoming regular collaborations, but I love writing with people that I can gel with on a personal level.  We have to have a mutual understanding and a mutual vision for the direction of the song, and it’s relaxed because you trust the people in the room and you respect and admire them as songwriters and artists.  Having a very close bond with the people I write with the most also allows for us to have impromptu 2am cowrites complete with order-in pizza and some beers.  Some of the best songs I’ve cowritten have come outside normal work hours- the magic happens best when you get naturally inspired just by hanging out with the people in the room.

– What was your favorite venue/room that you have played so far? My favorite so far has been playing The Wildhorse in downtown Nashville, opening up for Little Big Town!  It was a sold out corporate event and it was in the middle of an ice storm, so it was a lot of fun because everybody was kind of trapped in and having a good time.

– Give us some advice you would give yourself if you could go back to the time you wrote your first song? That’s tough!  Honestly, I think I had to go through the mistakes and the not-so-good songs to become the writer I am.  On the business side of things, there are moves I wish people who knew better had told me to make, but as far as creatively, I don’t know that I would change my path.  There’s only one way to get better at something, and that’s to do it over and over again until it starts looking and sounding right.

– So when you are not playing shows or writing songs what do your off days look like? What else are you passionate about?  I feel like I eat, sleep, and breathe music 24/7 whether it’s reaching out to venues, growing my network, recording, writing, etc.  I don’t really take days off in that respect, but I’m passionate about making a difference in people’s lives.  My part-time job is teaching 11th and 12th grade English in the mornings at a private school outside of Nashville, which lets me work with students and help them learn and hone their skills.  I also love hanging with friends, but we usually end up doing something music related!  Haha

– What other Nashville artists that casual fans might not know yet do you think are about to make big waves in Nashville soon? Oh man!  I gotta call out a few of my friends who are some of the most talented musicians and artists I know!  I look up to them and know that they’re going to be huge: AJ Kross, Jessie G, Krista Angelucci, Bryan West, Chelsea Summers, Jeff Holbrook, Nick Hickman, Alicia Beale… this list is definitely not exhaustive, but these people are incredible!!  I’m lucky to call them friends and peers.

– Alright silly little question but stick with me here.  Tour with one, collaborate with one and be roommates with one. Kelsea Ballerini, Maren Morris and Kacey Musgraves. (explain why) Haha I love this question!  Ok- tour with Maren Morris… she’s such a badass and I think our styles would complement each other while still being different enough to bring some contrast!  Collaborate with Kelsea because I can totally see us on the same wavelength writing-wise… I pretty much stalked her Soundcloud demos before she blew up and we talked about writing once, actually (Kelsea, if you’re reading this- we still need to get a date down ;)).  Kacey Musgraves would be my choice of roomie because I feel like she’d be super chill and fun to hang out with on the regular, and maybe some of her genius would rub off on me.

We here at Raised Rowdy would like to thank Melanie for her time and wish her the absolute best in her trek towards her dreams. Check out Melanie’s Website and give her a follow on social media. She has all the qualities needed to get to the next level of country music and we can’t wait to see it happen for her!

You can check out the music video for Melanie’s single Lifeboat Here:

Here is a link to her newest project Up in Lights on Spotify.